Adolescents' adjudicative competence (competence to stand trial and make competent decisions as defendants) has been one of the major topics of study for the Network. Our concern about the need to investigate youths' capacities as trial defendants arose from a reform in juvenile law during the early 1990s. During that time, almost all states changed their laws pertaining to youthful offenders in two ways. They increased the frequency with which youths, at increasingly younger ages, were to be tried in adult criminal court, and penalties for youths in juvenile court were increased as well. In effect, the nation's approach to trying and sentencing youths placed them in much the same role as adults who were tried for similar charges.

In 1997, the Network began planning a study that would provide the necessary information to guide U.S. law and policy toward a more rational, developmentally-sensitive perspective on youths' adjudicative competence. The study was funded by the Network, with additional support from the Open Society Institute, one of the Soros Foundations. The questions we posed were these:

Compared to adults in the criminal justice system, do youths in the juvenile justice system more often manifest deficits in abilities related to adjudicative competence?

If so, on what abilities are these differences most apparent, and how are those abilities related to development?

If those differences exist, what types of youths are at greatest risk of adjudicative incompetence due to developmental immaturity?

Might developmental immaturity interact with mental disorders to create increased risks of deficits in abilities related to adjudicative incompetence?

Is there an age below which incompetence to stand trial should be presumed? 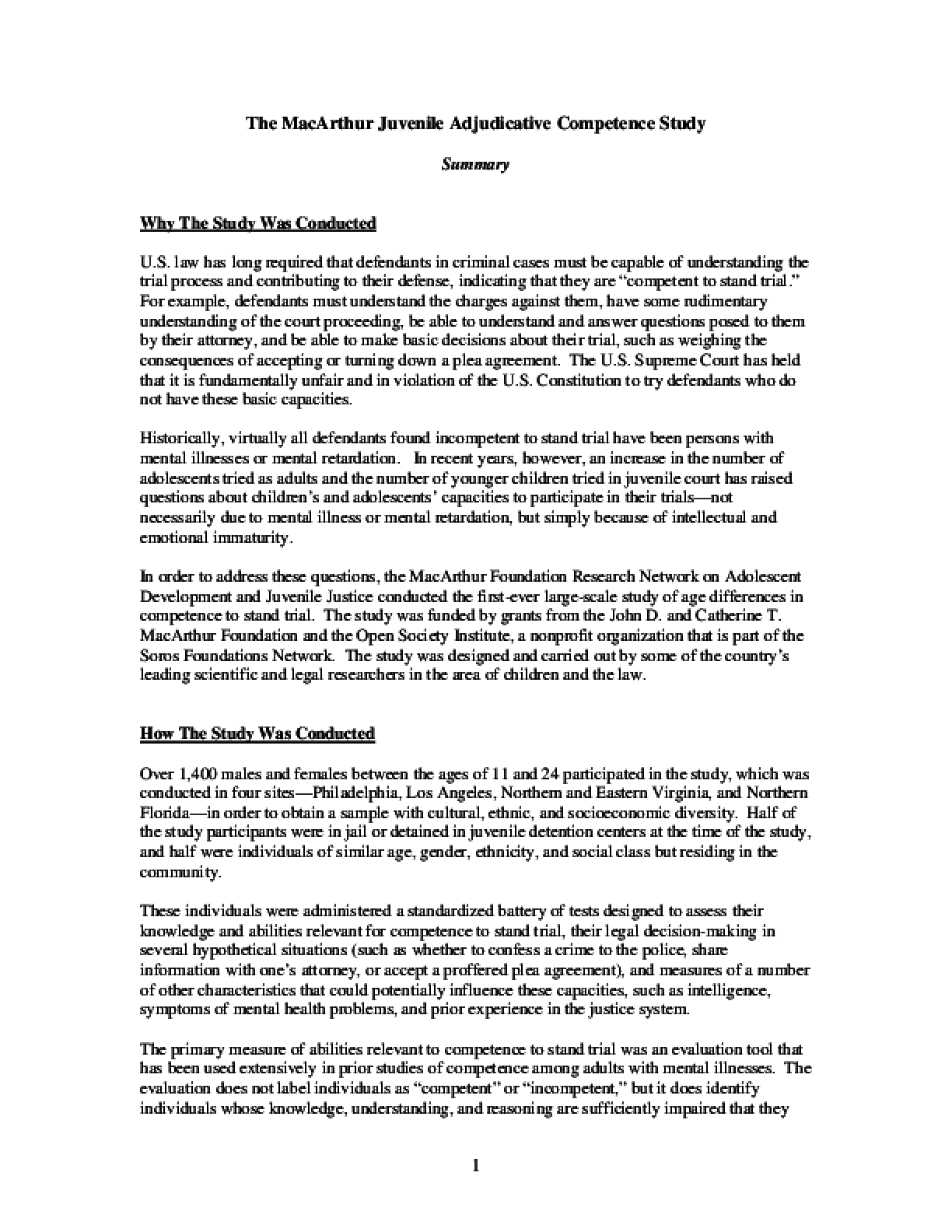