Envisioning the Future of the Rockefeller Foundation in Wartime and Post-War China, 1943-1946

In April 1946, Walter W. Stewart, Chairman of the Board of Trustees of the Rockefeller Foundation (RF), appointed a three-man commission to investigate the social and political situations of China in the immediate aftermath of the SinoJapanese War (1937-1945). The commission was asked to make recommendations for RF's policy (and for the policy of the China Medical Board) regarding post-war China. After a three-month visit to major cities along the Chinese coast and in interior China, the Rockefeller commission drew a conclusion that the support of the RF should be restricted to a single project of reestablishing the Peking Union Medical College. This marked a deviation from the Rockefeller Foundation's pre-war China policy. This research report asks about the factors that caused this dramatic change. It traces back to the unhappy wartime experience of RF-sponsored projects both in and out of China, and the increasingly active role of the Chinese state in relief efforts. Contrasting with the rapidly expanding historical literature of humanitarianism, post-war China has received limited scholarly attention. Much of the current research has still focused on the Chinese Civil War (1946-1950) and on China's foreign relations. This research report, consisting of part of my PhD research on post-war relief and rehabilitation in China from 1943-1948, underscores the process through which the Sino-Japanese War and its immediate aftermath transformed the landscape of non-state agencies in China. 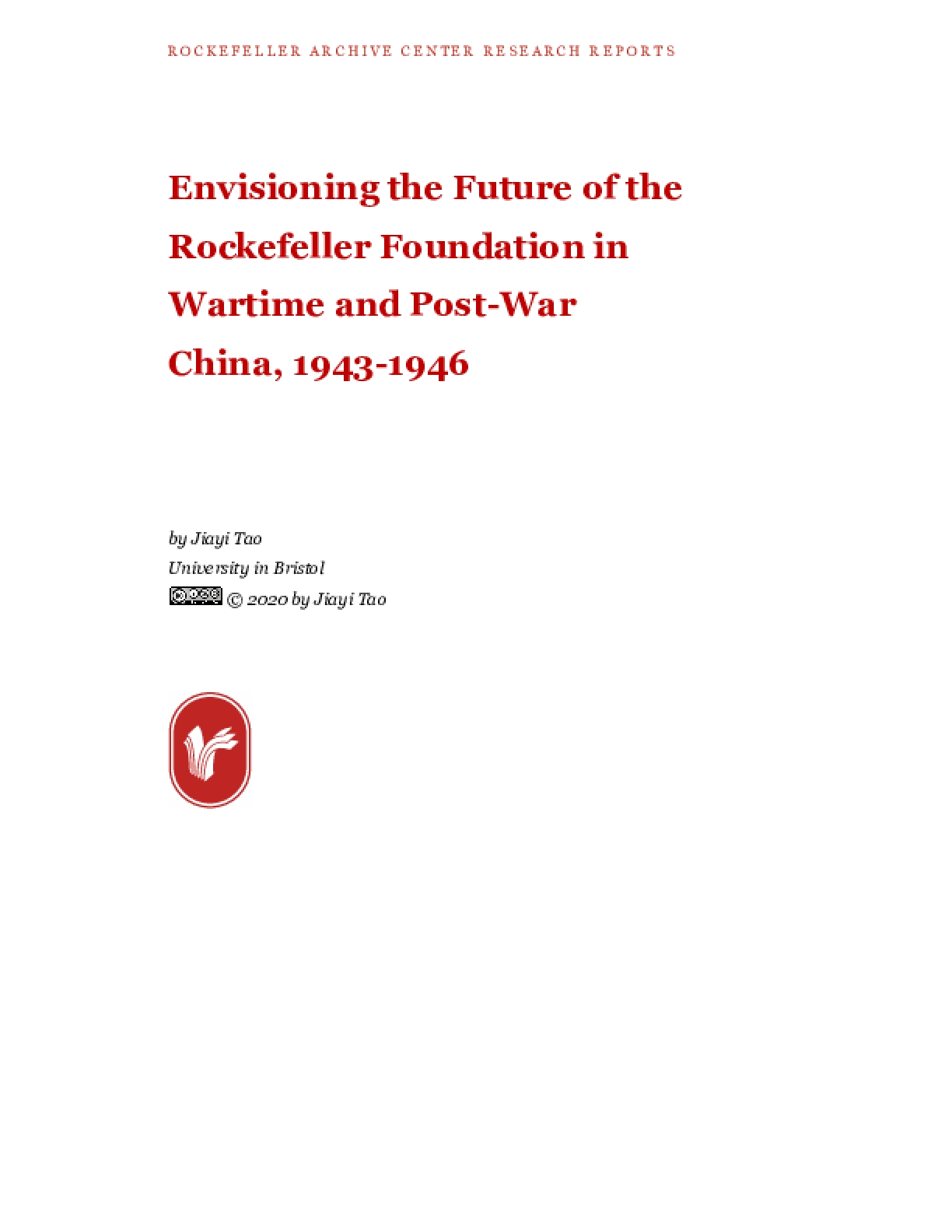