Israel's Religiously Divided Society: Deep Gulfs among Jews, as Well as Between Jews and Arabs, over Political Values and Religion's Role in Public Life

Nearly 70 years after the establishment of the modern State of Israel, its Jewish population remains united behind the idea that Israel is a homeland for the Jewish people and a necessary refuge from rising anti-Semitism around the globe. But alongside these sources of unity, a major new survey by Pew Research Center also finds deep divisions in Israeli society – not only between Israeli Jews and the country's Arab minority, but also among the religious subgroups that make up Israeli Jewry. 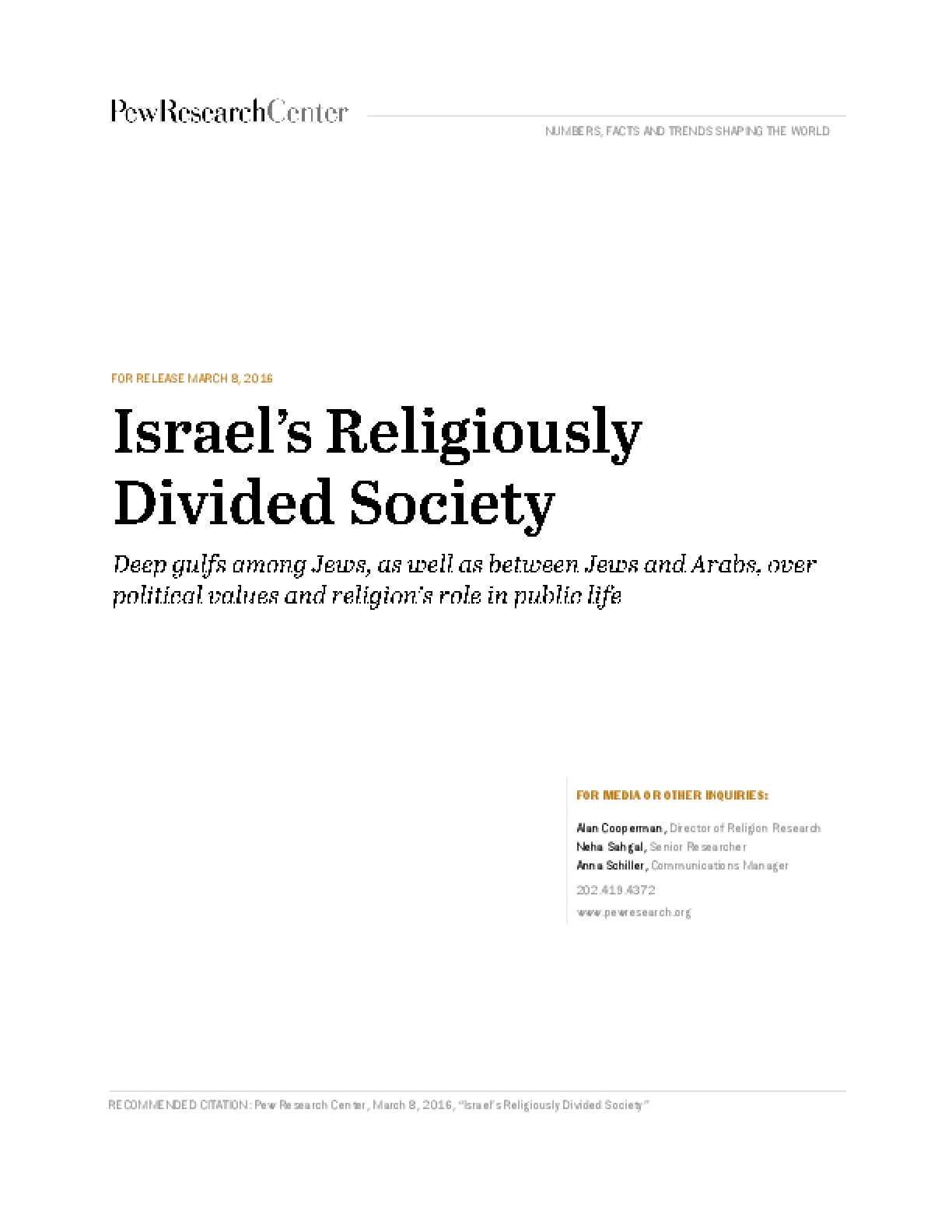