Inequality in the United States is a familiar issue to those who work in the nation's nonprofit sector. Many nonprofit organizations are dedicated to supporting and empowering communities that have limited resources and influence due to systemic and structural inequalities. As part of this commitment, a growing number of nonprofit organizations are reflecting on how societal inequities are replicated in their own organizations. This report, Race to Lead Revisited: Obstacles and Opportunities in Addressing the Nonprofit Racial Leadership Gap, presents ongoing research and analysis by the Building Movement Project (BMP) into why the nonprofit sector has so few leaders of color. As this report is finalized in the spring of 2020, a worldwide pandemic, renewed grief and outrage over the continued killings of Black people by police and vigilantes, and a deepening recession have even more sharply exposed fault lines of who holds power and privilege and who is treated as expendable.1 The nonprofit sector itself is scrambling as organizations, especially smaller community-based groups, fear for their financial futures at the very moment when their work is more vital than ever. These challenges offer the opportunity for organizations and their funders to respond by addressing not only the immediate crisis but also systemic inequities both within nonprofit organizations and society at large.2 The data and analysis presented here offer insight on how to support organizations that embrace racial equity internally as they work toward a society in which all people have equal voice, opportunity, and power.The Building Movement Project released initial survey findings on race and leadership in the nonprofit sector in the 2017 report Race to Lead: Confronting the Nonprofit Racial Leadership Gap. That report challenged long-held assumptions about why so few people of color lead nonprofit organizations, including persistent assertions that people of color need more leadership training and are less likely than white peers to aspire to top leadership roles. The data collected from a 2016 national survey of nonprofit employees showed that people of color in the sector were similarly qualified as white respondents and had more interest than white peers in becoming a nonprofit leader.3 The lack of diversity in nonprofit sector leadership was not a reflection of the qualifications or ambition of people of color, but the result of racialized barriers that inhibited their leadership ambitions, from lack of support by white boards of directors to the biases of executive recruiters. To increase the diversity of nonprofit leaders, the report recommended that the sector shift its focus away from the individual qualifications or goals of emerging leaders of color and toward addressing the systemic bias in the sector that prevents their advancement. 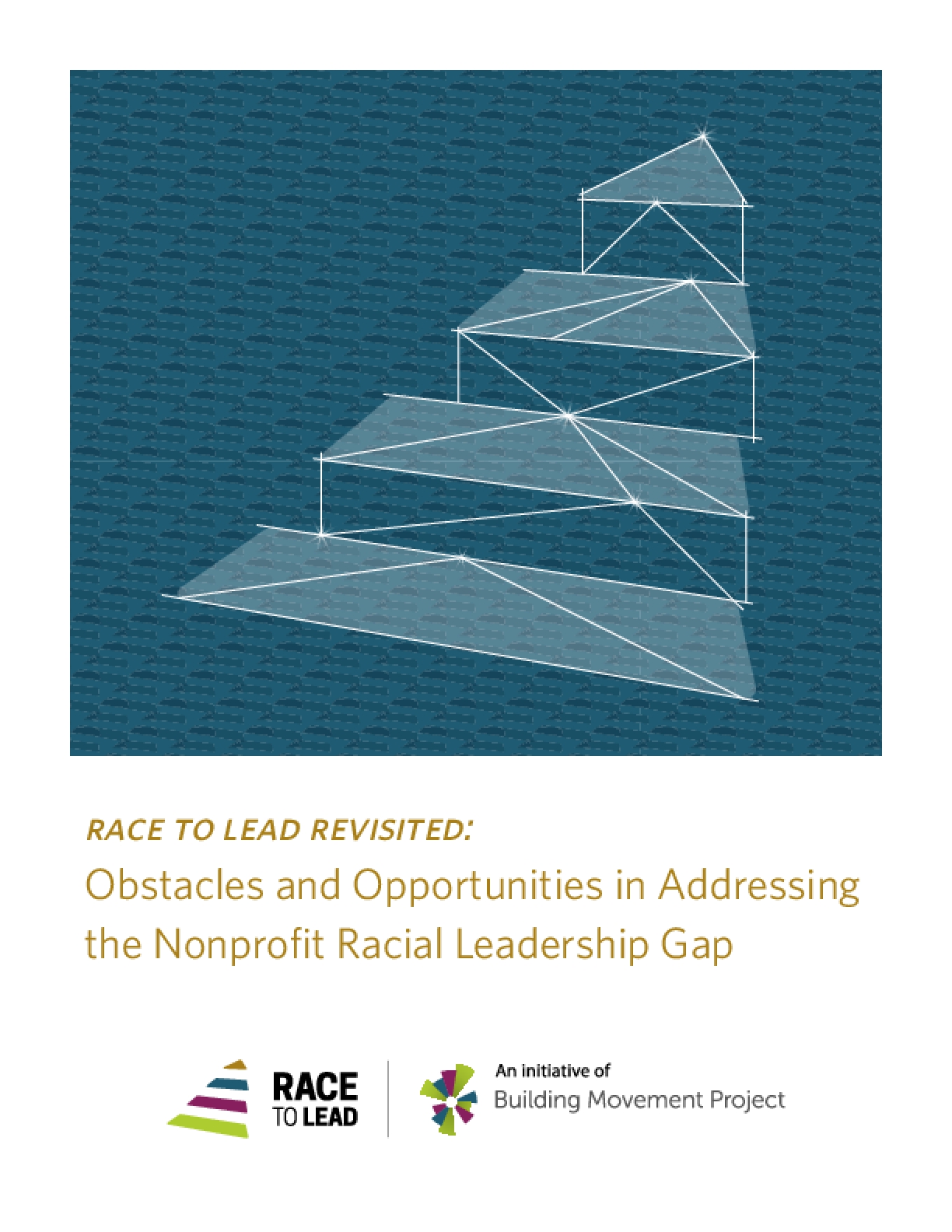