There are Alternatives: A Handbook for Preventing Unnecessary Immigration Retention

This research came about in response to the growing interest of governments and other stakeholders around the world in finding reliable, cost-effective and humane ways of managing asylum seekers, refugees and irregular migrants without the financial and human costs that detention incurs. Immigration detention is a growing phenomenon of modern governance as governments strive to regulate growing cross-border migration and limit the number of migrants who do not have legal status on their territory. Detention capacity continues to expand despite well established concerns that detention does not deter irregular migrants and asylum seekers; that it interferes with human rights; and that it is known to harm the health and well-being of detainees.


Notwithstanding this trend, when we take an international perspective and compare existing migration policy and practice across different contexts, we find that most countries do not use detention as the first option in the majority of cases; that a number of countries rarely resort to immigration detention, if at all; and that successful migration systems break down the population before considering management or placement options. This international perspective allows us to take into account the extensive systems in operation designed to work with a range of migrants in a community setting while a migration issue is being resolved.


The aim of this research was to identify and describe examples of community-based alternatives to immigration detention. For the purposes of this research, 'alternatives to immigration detention' include any legislation, policy or practice that allows for asylum seekers, refugees and migrants to reside in the community with freedom of movement while their migration status is being resolved or while awaiting deportation or removal from the country. Our specific objectives were to:


* Identify the policy objectives underlying the use of immigration detention.


* Identify key examples in the management of asylum seekers, refugees and migrants that fulfill these policy objectives outside of detention.


* Identify the range of alternatives to detention that are currently operating internationally, and describe in detail key examples in various contexts/regions, including examples with vulnerable populations.


* Describe the role of governments and their institutions in creating and implementing alternatives to detention.


* Describe the role of non-governmental organisations and civil society in creating and sustaining the use of alternatives to detention.


* Describe the immigration outcomes and cost benefits where known. 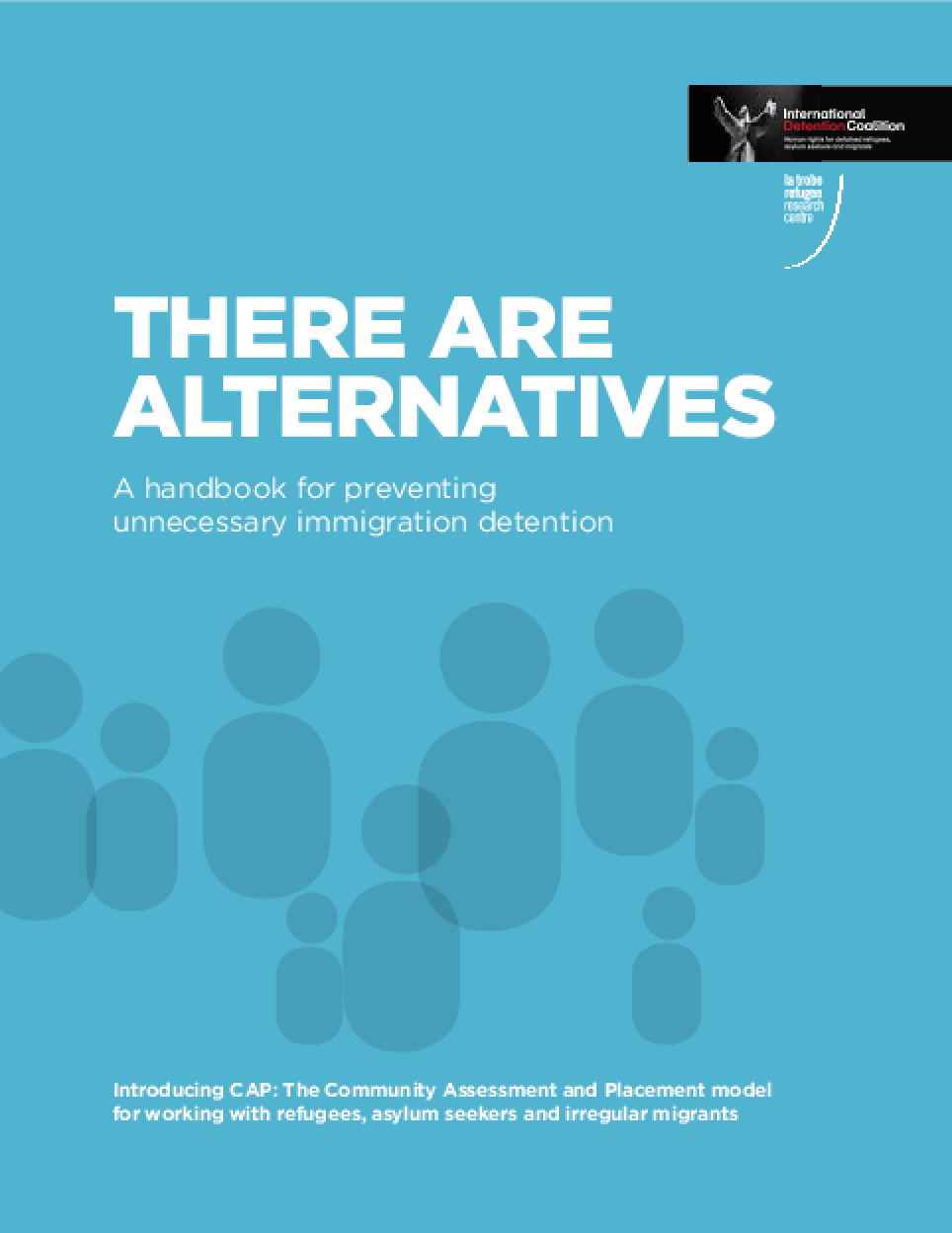